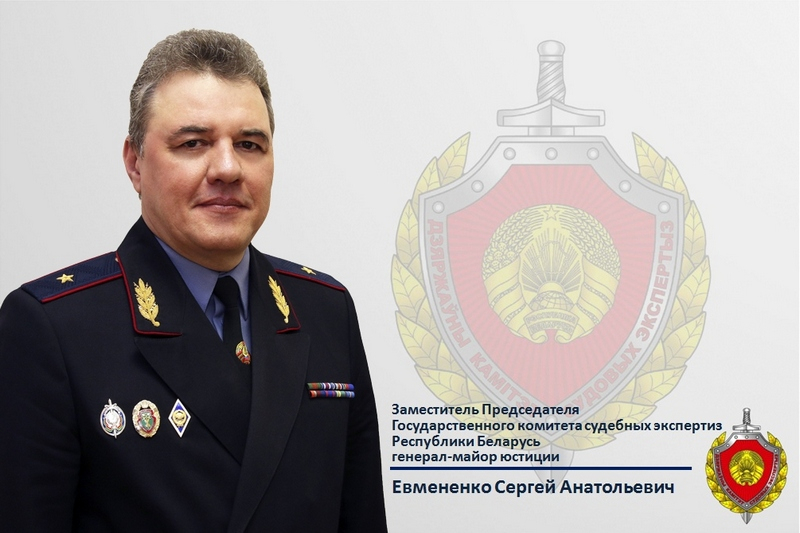 Born in Minsk in 1963.
In 1981 he graduated from the Minsk Medical College №1, 1990 - Belarusian State University named after V.I. Lenin.
In 1984-1989 he worked at the Institute of Bioorganic Chemistry of the Academy of Sciences of BSSR.
In 1989-2013, he held various positions in the State Forensic Center of Ministry of Internal Affairs - from the expert to the First Deputy Head of the State Forensic Center of Ministry of Internal Affairs of the Republic of Belarus.
In July 2013 he was appointed Deputy Chairman of the State Forensic Examination Committee.
He was awarded medals "For perfect service" III and II degree.
Author of 5 publications, 2 rationalization proposals in the field of biological research.